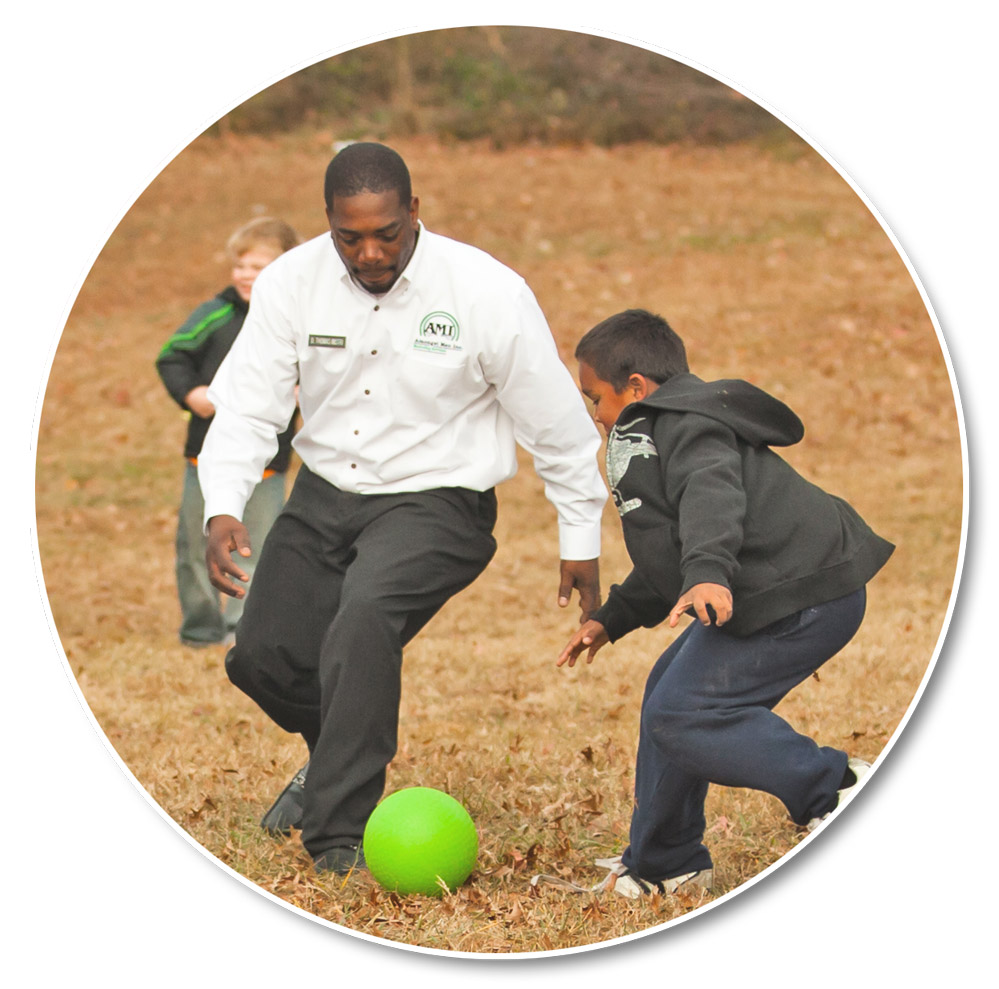 Founded in 1997, AMI has been established for the charitable and educational purposes of providing character and leadership development, mentoring programs, instructional programs, parenting programs, summer camps and after school programs. As a proactive, non-profit, 501(c)(3) organization, AMI provides constructive solutions in meeting the emerging needs of schools and families by forming strategic community partnerships.

AMI achieves its goals by forging planned partnerships and by offering an array of programs and services specifically designed to impact positive changes that result in the development of exemplary youth and young adults. To enhance existing schools and agencies providing services to children and youth, AMI offer programs as an add-on enrichment component hosted during the day, after school or during the evenings and weekends.

"...forging planned partnerships and offering an array of programs and services designed to impact positive changes..."

Why AMI was Formed

Our Country’s Most Vulnerable Group Are the Ones Who Struggle the Most.

Although the landscape and technology of the United States of America continues to change considerably, humanity must not forget their moral obligation of public accountability. We all must share in solving societal problems and the moral responsibility to aid in the alleviation of human suffering.

According to Nancy G. Guerra, EdD of the University of Delaware, “exposure to community violence is among the most detrimental experiences children can have, impacting how they think, feel and act.” Similarly, in the article “Effects of Child Abuse and Exposure to Domestic Violence…” every year over 3 million children are exposed to domestic violence in their home. Furthermore, numerous studies have demonstrated that children exposed to domestic violence and/or child abuse are more likely to experience a wide range of adverse psycho-social and behavioral outcomes. Children in low-income communities are doubly disadvantaged. As Dr. Curtis Adams put it: “zip code” determines a child’s “over-exposure to toxins,” low income, substandard housing and early introduction to drug and alcohol abuse as well as violence; negatively impacting children’s emotional and physical health.

In a 2018 Philadelphia Inquirer article, Pennsylvania’s Secretary of Corrections reported that “14 percent of his inmates come out of the foster-care system, 50 percent have no high school diploma and 80 percent have been exposed to trauma… You see inmates come and go – and then you see their kids, and then their kids… When you start to look at what’s driving prison populations, it has less to do with criminal justice and more to do with education and economic opportunities. The zip codes where we get the most inmates from have the poorest schools districts, the highest numbers of single parent homes.” According to the paper, “generations of Philadelphia families are incarcerated together… and state prisons reflect incarceration rates that remain at near historically high levels.

According to the U.S. Department of Education Office for Civil Rights each year over 100,000 students are expelled from school… Recent data provided by the Department of Education, states that minority students represent more than 70 percent of those involved in school-related arrests or referrals to law enforcement… Education Week reported on the dropout crisis; an estimated 1.1 million members of the 2012 high school graduating class did not earn diplomas. Dropouts face extremely bleak economic and social prospects – they are less likely to find a job, earn a living wage, more likely to be poor and are more likely to engage in crime… (Belfield & Levin, 2007). According to Census data there are more young minority male high school dropouts in prison than have jobs.

Government departments, legislature responsible for making new rules and laws etc., have relied on institutions of education to meet the emerging and increasing behavior as well as moral challenges of school age youth.  The ever prevailing expansion of single family homes has contributed to the expectation of schools to fix problems that were historically remedied by a strong family network.

However, schools focus more on testing as the measurement of educational success. Testing (although important) doesn’t measure or develop character, moral responsibility, social skills or a code of honor. David O. McKay author of “Secrets of a Happy Life” stated “True education does not consist merely in the acquiring of a few facts of science, history, literature, or art, but in the development of character.”  McKay, also summarized “The home is the first and most effective place to learn the lessons of life: Truth, honor, virtue, self control, the value of education, honest work, and the purpose and privilege of life. Nothing can take the place of home in rearing and teaching children and no other success can compensate for failure in the home…”

Mr. Hall founded Amongst Men Inc. (AMI) Mentoring Services. As an educational and community service organization, AMI provides programs to encourage and support children and their families in the areas of personal, academic and career development. Since AMI’s inception, Mr. Hall has worked with school districts and agencies in the Tri-state area. He continues to inspire a belief in one’s ability to succeed, self-sufficiency, moral responsibility and social-emotional development; a deterrent to youth involvement in violence, drugs, disruptive behavior, low academic performance and delinquent activities – major issues that weigh heavy on our communities, schools and court systems.

Partial List of Schools that AMI has worked with, providing services to male students:

A Few of our Past and Present Partners

Since our inception, AMI has sought out local and national programs and agencies to collective implement and measure quality youth services.